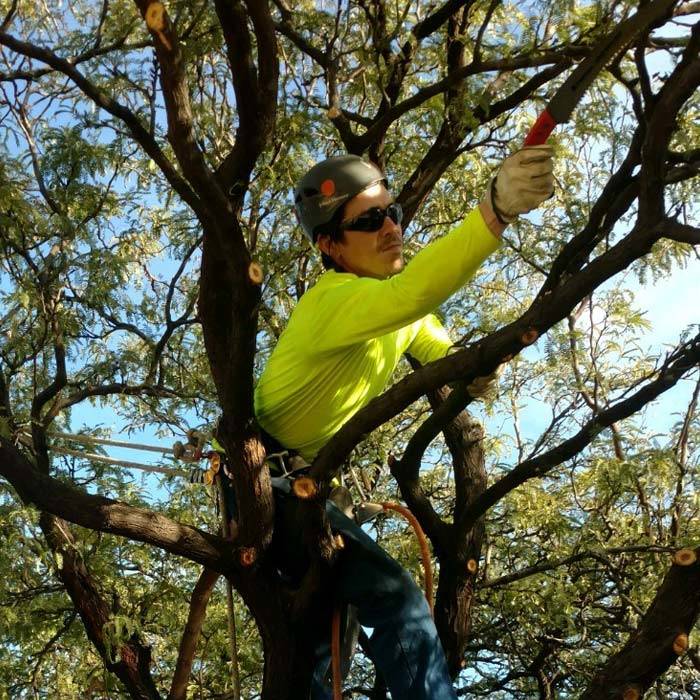 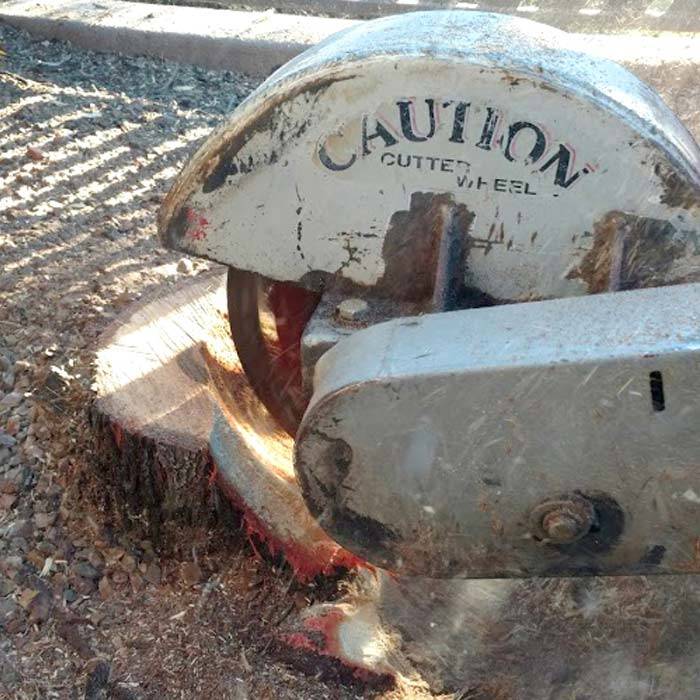 Tree Removal may be the only reasonable and safe option. We will assess the situation on site and provide you with the best solution. Stump grinding will ensure there are no unsightly trip hazards remaining above the ground level. 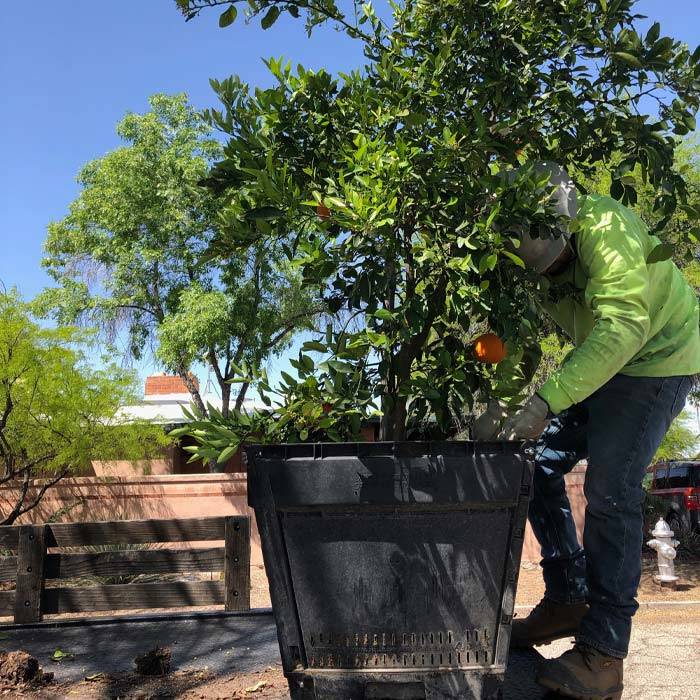 Whether you want a fast-growing tree, one that will produce a lot of shade, or maybe just one that is low maintenance in our desert climate, we can help!
ALL SERVICES

We had a huge eight-arm saguaro, approximately 28′-30′ tall, located right next to our swimming pool inside a 6′ wall. One day, a large arm just fell off. We called potential companies off the internet for their opinion of the condition of this saguaro. We were advised by a couple companies that it was compromised and should be removed. We received estimates. One company said it was so large and difficult to get to since there was no access for a large crane that he said his company couldn’t do it and referred us to Branching Out Tree Service. Hours after placing our call to Branching Out, a representative came to assess and gave their estimate. Eric assured us he and his crew could safely remove our saguaro without needing a crane. His estimate was a little higher than the other quotes, but how he figured it made more sense than the others provided. Every employee we dealt with at Branching Out starting with Joseph in the office to Eric and his 4-man crew were a pleasure to deal with. The company runs like a well-oiled machine; there were no hiccups. Eric has numerous years of experience so he’s very knowledgeable about his job. He figured the right angles to cut to first bring the arms down without damaging anything, had no fear in climbing the heights necessary to tie off the arms and then the main saguaro stalk, and expertly managed his crew so no one got hurt. The time to fell our massive saguaro, remove it, and clean up took them under 4 hours which was quite impressive. All hard-working, friendly employees represent a great company you can trust. We highly recommend this company and will definitely use them again. Thank you all!!

I had them come out and trim 4 palms that hadn’t been done in 6 years. These guys rock! They showed up on time and got right to work. These trees were over my pool and they cleaned up every bit of debris! The trees look beautiful again! The guys were all very nice and polite. The price was good and just what was quoted. Love them! I will definitely use them from now on!

Amy Phillips
Thank you for the great job your crew did in removing our California Pepper tree.  They arrived on time and got to work promptly.  Not only did they exercise a lot of skill in their work, their comradery with each other confirmed what a great team they are.  We’ll definitely recommend Branching Out Tree Service to anyone who needs serious tree service.
⭐️⭐️⭐️⭐️⭐️
READ MORE

Tree Service in Tucson can be extremely dangerous. Having the proper insurance and staying up to code on safety and regulation is absolutely critical to ensuring your property won’t be damaged in any way. We take great pride in educating our crew, taking extra precaution when it comes to protecting your home, and caring for our beautiful desert environment.

Branching Out Tree Service is an award-winning, fully insured tree service company in Tucson Arizona owned and operated by Jim Bredice. Jim has an education from the University of Arizona Master Gardeners program and nearly three decades of experience working as an arborist in Arizona. For over 10 years Branching Out has provided superior quality tree service in Tucson and the surrounding areas. Choose a company that you can trust, Branching Out Tree Service offers the best value for your money. We specialize in tree trimming, tree removal, and tree planting.