Agave…so much more than Tequila!

You are here:
Agave 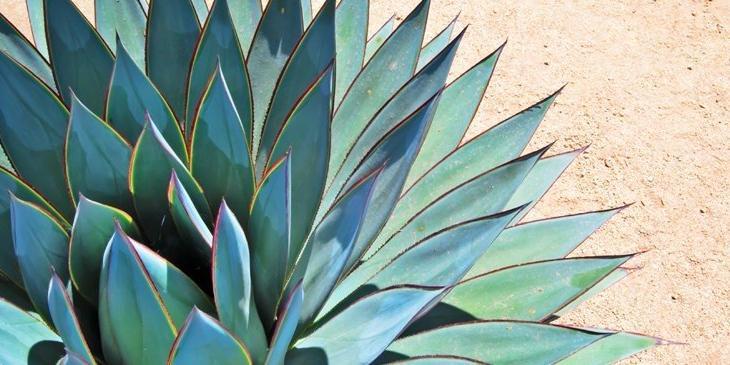 The Agave plant is a succulent that Tucson residents know and love. But it’s so much more than the source of tequila! We see it in the wild, in our neighbor’s yard and yes, we eat and drink it!

“The agave, in short, was meat, drink, clothing, and writing materials for the Aztec! Surely, never did Nature enclose in so compact a form so many of the elements of human comfort and civilization!” – William H. Prescott

Agave in the Landscape

Now’s the time to plant!

Remember, Agave is a succulent, not a cactus! Spring weather is the best time to select and plant agaves in desert climates. They need time to establish and be ready for the summer heat. When planted in the hot desert, they grow mainly during spring and fall. They are more dormant in the summer heat and the cold of winter. Agaves in the landscape should be watered mainly during spring and fall. It is okay to withhold water during summer heat and winter cold when most won’t grow much anyway. It’s normal for many species to fold their leaves vertically, reducing heat load and water loss during the hottest days. In the past 20 years or so, smaller and more attractive Agaves have become readily available in nurseries.

A great source for information on planting and growing different species of agave can be found at: https://www.americansouthwest.net/plants/agavoideae/agave.html

The Agave is Part of Our History

Agave has been a survival essential in the Arizona-Mexico borderlands region for over 8,000 years. People ate agaves by cooking the hearts in oven pits, made clothes and rope from fibers baked from the leaves of agaves, and used them for medicine (with some medicinal uses still used today). The agave plant serves as a reminder and tribute to the people of the Sonoran Desert and the traditions of their cultures.

Want to learn even more about Agave?

The Agave Heritage Festival of Tucson is April 23-May 6. This festival is a city-wide event that celebrates the unique importance of the agave plant and the borderlands culture with great food, educational events, garden tours, trade shows, a plant swap, a family-friendly Cinco de Mayo Celebration, authentic drinks and so much more. Experience a live agave fire roasting, attend the Agave Fiesta and enjoy strolling through downtown Tucson! Check out the full events schedule and start planning your Agave Fest itinerary: https://www.agaveheritagefestival.com/

Recent Articles
Get Your Free Estimate
Go to Top